Immerse for Learning Institutes is a world pioneering learning platform that uses AR and other leading technologies to cultivate curiosity among children by making science education more engaging, fun and interactive.

A World of Dinosaurs

A World of Dinosaurs

It is hard to imagine a world filled with dinosaurs, but rule the world they did, for well over 150 million years, until they mysteriously became extinct some 65 million years ago. They roamed the lands, filled the skies, and swam the waters. Some were the largest creatures to have ever walked the Earth, while others were as small as chickens.

These fascinating lizard-reptiles all had their own peculiar traits, and you can now examine some of them up close in the “Extinct Animals” bundle on Immerse. Detailed 3D models with life-like animations bring these extinct creatures back to life. See how they moved and hunted and read the facts to learn about their unique features and habits. 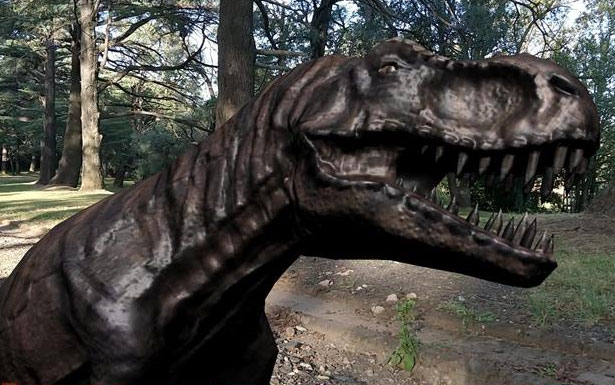 Some of the dinosaurs featured on Immerse include the Brontosaurus – one of the biggest dinosaurs to have ever walked on Earth. Its name means “thunder lizard.” Amazingly, this giant was a harmless vegetarian. The carnivores or meat-eating dinosaurs, on the other hand, were fast and deadly. Check out the most ferocious of them all in the App – the Tyrannosaurus Rex, or T-Rex!

(The fearsome T-rex brought to life in our world through AR (Augmented Reality)!) 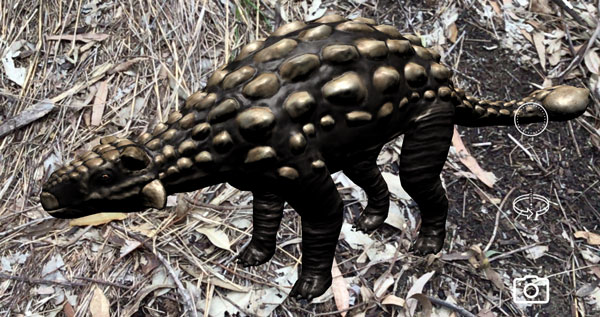 Another dinosaur group featured are the formidable looking armoured dinosaurs. They were usually herbivores, or a plant-eating dinosaurs and their Armour protected them from the more ferocious predators of their time.

(AR view of a heavily armoured Ankylosaurus in the physical world!)

Have fun exploring these ancient reptiles on the Immerse App and remember to test your knowledge of dinosaurs by taking the quiz at the end.

Tip: Play around and try viewing the big dinosaurs alongside a tree or a house to get a feel of their might and size. The size of each dinosaur can be found in the facts. Enjoy!